Things have been going pretty well with Jack.  He is leading up better each day on both sides, though still having a harder time on the right.  He circles in both directions with more ease and seems to be gaining new confidence in his herd.  He’s dropped a huge amount of his defensiveness and is reaching out to me for support and direction.  I’m happy with the way things are going, but have discovered a few places where old habits creep in that are hard for him to break.

The first, being in a stall, brings up lots of anxiety in him, and lots of aggression toward a person going in there.  I brought him in once to let him eat his grain, but quickly decided that route wasn’t worth the side effects.

The second was being in a round pen.  I had planned to work a bit on moving him a little and drawing him in, but quickly found he went into manic mode and ran in a blind sort of auto pilot mode.  He tuned me out instantly and went crashing around at top speed, occasionally and randomly turning toward the panels to change direction.  I couldn’t get his attention and didn’t think it was worth it to have him practice more of this, so I left the round pen and brought in my Morgan gelding, Geronimo. 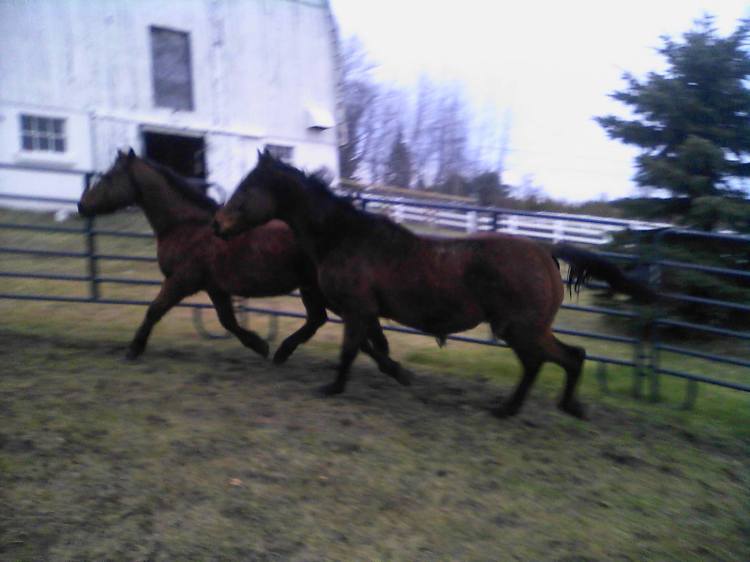 Geronimo provided something for Jack to follow, and since Geronimo knew about listening to my body language to speed up, slow down, and draw in, he gave Jack confidence while learning about this. 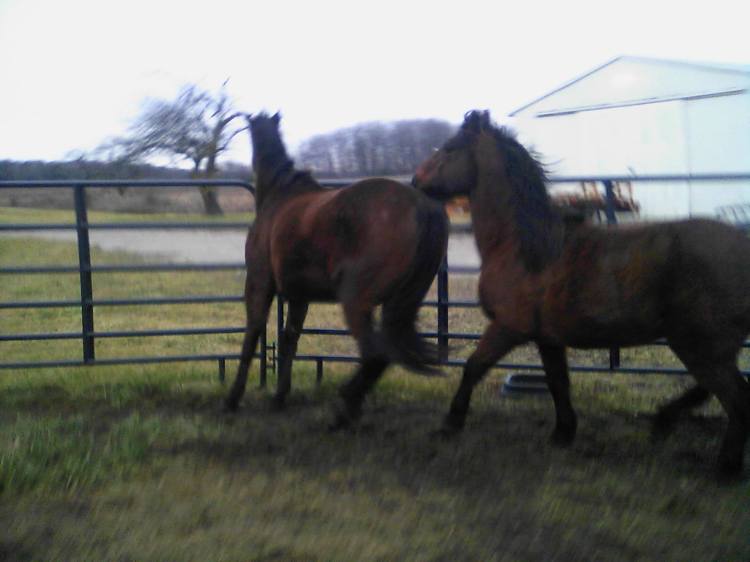 At times, Jack forgot about Geronimo and went back into his manic racing mode and tried to turn back around.  Geronimo helped me here to keep him straight and keep him moving forward by blocking him. 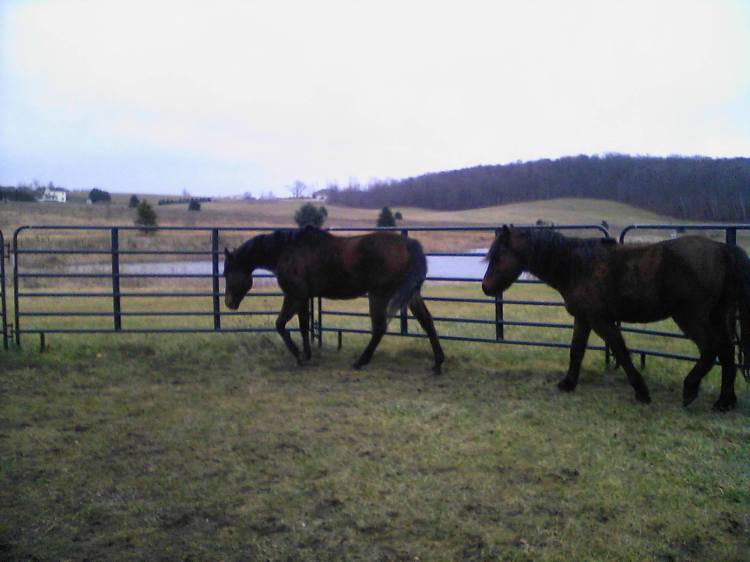 Pretty soon Jack was feeling relaxed about moving along in the roundpen, with Geronimo helping to keep him straight still. He soon found he could walk along in front of my gelding instead of rushing around, which was a very nice change for him. 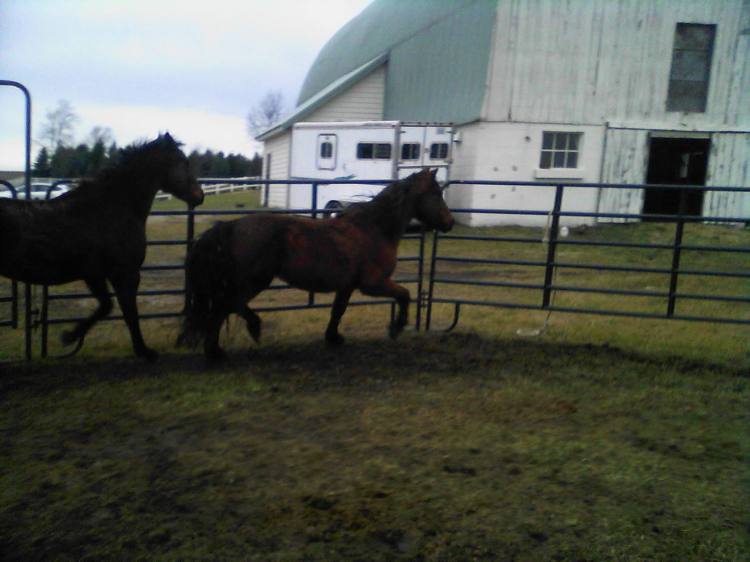 After I could speed and slow them down a few times, I was really interested in drawing them in, especially because Jack had a tendency to turn away so often.   Here Geronimo sees me invite him in and turns his ear to me.  Jack has no idea anything is supposed to happen.

The next time Geronimo draws in, Jack says, Hmm?  Is something happening over there?

Pretty soon Jack caught onto the idea that something was happening and gave me his attention too. A nice change for a horse who not long ago thought not much of people.